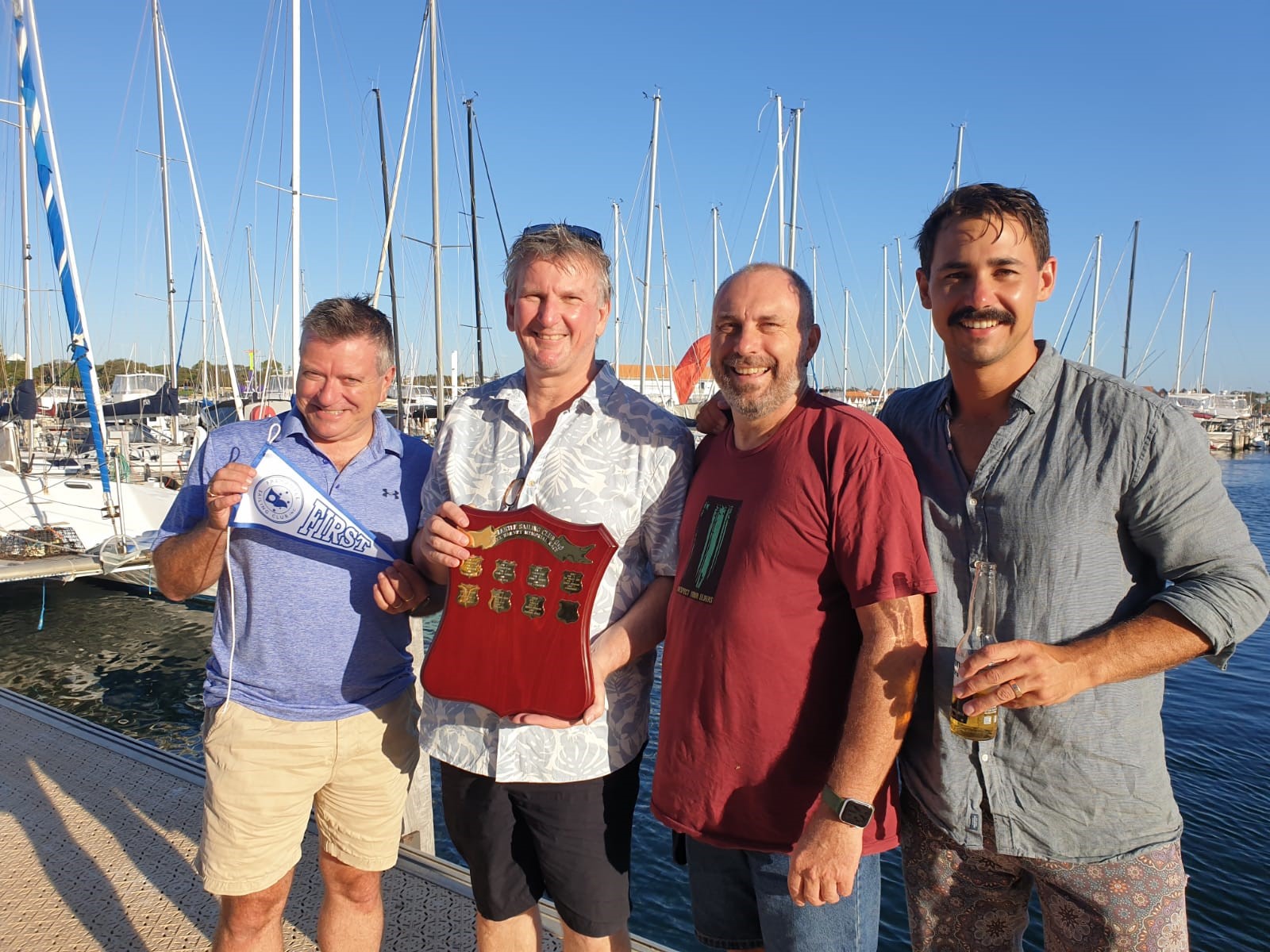 Last Saturday, 5th February, three boats from EFYC set out to compete in the the first leg of the Keelboat Division Inshore Series, the Mike Harvey Memorial Race to Hillarys organised by FSC.

After the race was cancelled last year due to COVID, Atalanta and Smooth Operator were keen mix it with the Fremantle crews again after each had won the event over two of the last three editions and Geronimo was keen to atone for missing out on 3rd place by under 60 seconds last time.

Unfortunately, Geronimo only made it as far as a mooring near the Sea Scouts as an injury on board and concerns about the forecast for the return trip prematurely ended their participation.

Both Smooth Operator and Atalanta proceeded to the start line where there was not a breath of wind. Total glass out conditions and 40 degrees to top it off. FSC must be in contact with the weather gods however, because the breeze arrived at exactly 12pm in time for the Div 1 boats to start.

5 minutes later we were racing. Giving away a minimum of 10’ of waterline length, Atalanta was doing a great job getting up amongst the Division 1 boats whilst Smooth Operator was battling away at the back of the JaM Fleet after the first leg to windward. Rounding the top mark, the next leg was a broad reach so spinnakers were set and Atalanta extended their lead over the rest of Division 2 whilst Smooth Operator began the task of hunting down the fleet.

As the forecast wind shift came into play and the course became a dead run down wind, Atalanta lost their advantage and began to slip back to the pack whilst Smooth Operator revelled in the light conditions, hoisting their largest kite and one by one overtook boats whilst narrowing the gap to the leading Division 2 boats.

After a long hot day on the water, it was a relief to cross the line after 4 1/2 hours. Gathering in the wet bar at Hillarys for a few well earned beers and tall tales, it came time for the presentations and the reckoning.

In the end Smooth Operator had done enough to not only win Division 2 but also retain the shield as overall winner for the second time in a row.

Thanks go to the Fremantle Sailing Club and Hillarys Yacht Club for staging this event and allowing us to participate.

We look forward to seeing you out the for Inshore Race 2, The D’Arcy Race.