East Fremantle Yacht Club is proud to be the home of Perth’s premier dragon boat club, the Cockburn Dragon Boat Club, or ‘Blades’ as it is affectionately known.

Dragon boating is a fun, social sport catering for different levels of fitness and ability. If you are interested in training hard, being an integral part of a team and winning, then become a part of the club’s open, women or mixed teams.

There are some serious paddlers among the Cockburn Dragon Boat Club’s ranks. Four of the club’s members represented Australia in the World Dragon Boat Championships held in Kunming, China, in October 2017 and enjoyed no little success, returning home with a staggering haul of 30 medals between them!

You do not, however, have to be a potential world champion to get involved. If you are more interested in just having a fun paddle, with less intense training demands, Wednesday night social paddling may be more to your liking.

Training sessions are held on Sundays at 8am, Tuesdays at 6pm and Thursdays at 6pm. All ages from 12 – 70 and all levels of fitness are catered for. Social paddling takes place on Wednesdays at 6pm. 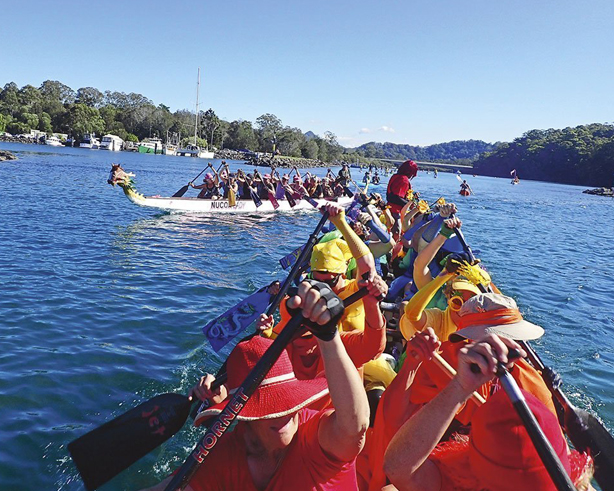